This is the Flight Controller of choice for many of the leading FPV Pilots in the world, including Minchan Kim, Milk FPV, Gapit FPV, Banni UK; just to name a few. And for good reason, it was designed for intense competition. This stack is built with premium components that won't let you down on race day.

This stack features the best specs for today's racer such as an onboard SD slot, LED strip, STM32405, ICM20602, and onboard filter circuit for your VTX (when used with 10v BEC on the XRotor Micro 45A ESC).

The built-in OSD on the FC allows the user to adjust or set OSD parameters from your flight firmware such as Betaflight/Cleanflight/Butterflight etc.

Pairs perfectly with the XRotor 45A Micro 4-in-1 ESC. 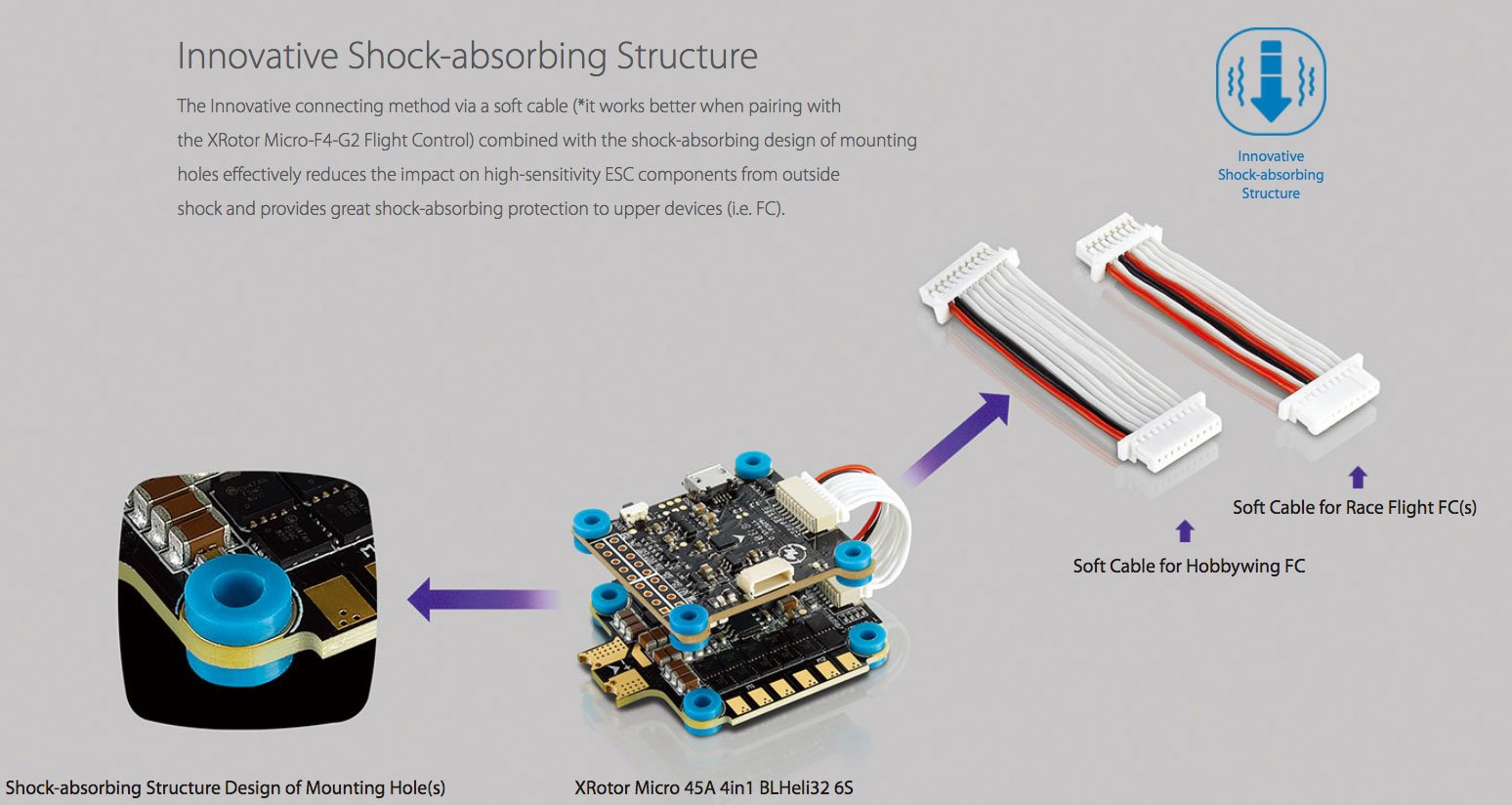